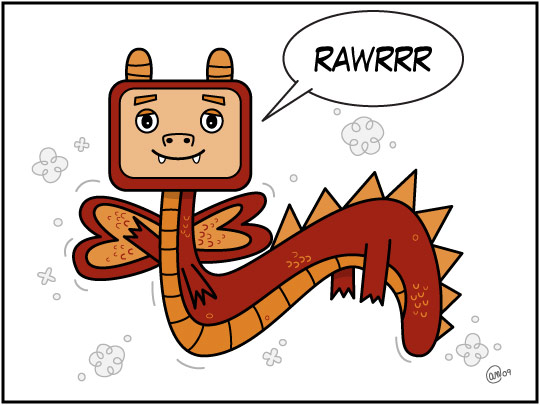 Most dragons have a craving for gold, jewels, and wealth.  They hoard all of their treasure away from the world, in dark caves and fiercely guard it from anyone or anything that may try to take even one single coin.  Over time the dragons grew larger and larger, trapped with the very treasure they hoarded.  Pip, the little red dragon, did not crave the selfish ways of the older and larger dragons. He enjoyed sharing his wealth with his friends and family.  He preferred the sunlight instead of dark caves.  Flying in the early morning air was one of his favorite things.  He would glide, float, and soar.  His scales were red and gold like the rays of the sun light.  Anyone that witnessed his early morning play could not help but smile.  Over time, Pip became legend, however to this day his image is said to bring happiness, joy, and wealth to all who see it.  May you be filled with happiness and joy, and share it with everyone around you.