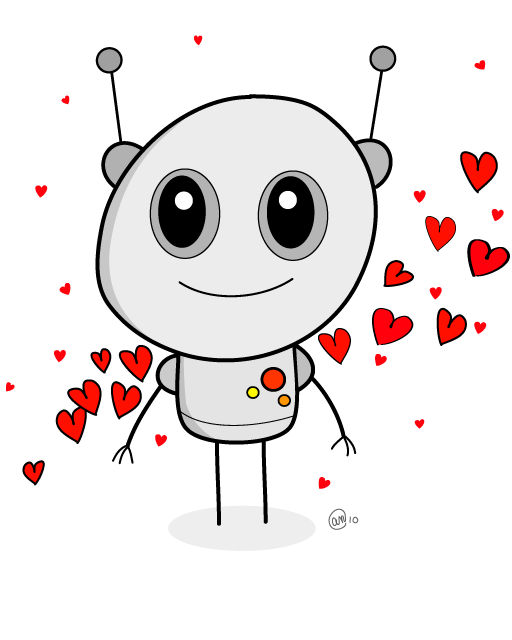 Here is a “little robot” that I created with the iDraw vector app for the iPad.  I will have to do a full review on some of these iPad creative apps very soon.  I’m impressed with iDraw so far.  It has many features similar to desktop based vector programs, like a pen tool, adding, deleting, and modifying vector paths.  It can even export as a PDF file that can be edited further in programs like Adobe Illustrator.  I did not do anything to this image other than resize it, so it is as I created it on the iPad.  There is still plenty of room for improvement in the program, but it’s pretty awesome considering all that it is capable of, and that it is an app running on the iPad.