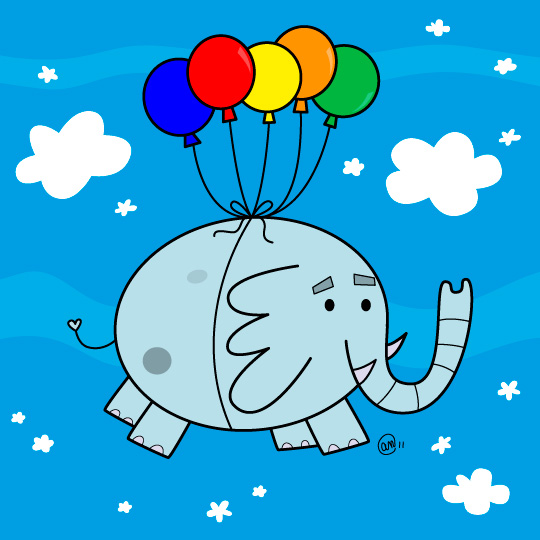 An elephant named Amelia desperately wanted to fly. She looked into Pilot’s lessons but it was way to expensive and the plane’s cockpits were always to small. The birds she asked for advice rarely had any useful ideas, telling her to spread her wings and all of these vague ideas of feathers.  Amelia would try not to think about flying for a while, and talk about other topics like the weather and peanut brittle. Friends and well meaning strangers would often tell her that she was silly and that she should give up such foolish nonsense. Thankfully a little boy came along. He noticed that Amelia was sad and gave her his balloon to cheer her up. It was then that she knew what to do. Amelia saved her money and bought more balloons, and she was determined. Slowly over time, she collected enough balloons.  Amelia gently kicked off the ground and lifted gracefully into the sky. Her smile was as radiant as the sun as she soared in the air proudly fulfilling her dreams.