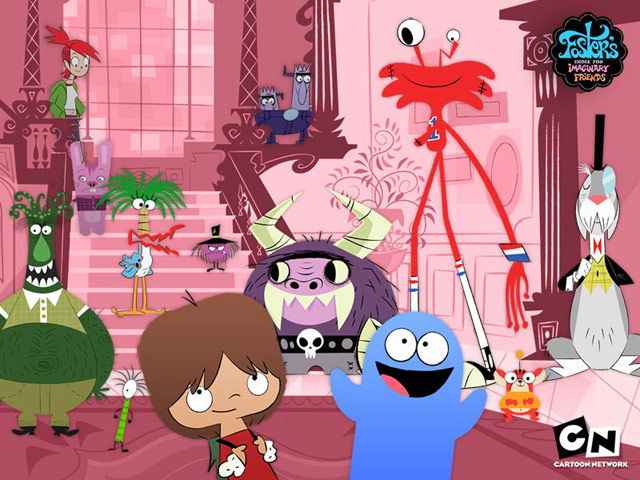 Fosters Home for Imaginary Friends is airing their final episode today on Cartoon Network.  Created by animation director Craig McCracken, Foster’s Home for Imaginary Friends was launched in 2004.  It has certainly been one of the more creative titles on the Cartoon Network in recent years.    The show has won 6 Primetime Emmy Awards and at least 4 Annie awards. Foster’s is about a large boarding house which is the home for forgotten/given up children’s imaginary friends, who stay until another kid comes an adopts them.  The Victorian styled foster house is home to many imaginary friends of various shapes, colors, and sizes.  The main characters are Mac, an eight year old imaginative boy, and his imaginary friend Blooregard Q. Kazoo, or Bloo for short, a walking, talking blue security blanket. 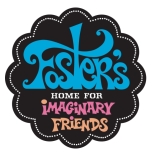 I have always enjoyed Foster’s because of the lovely animation and fun stories.  The characters certainly bring to mind the unbridled carefree imagination of children.  Bloo and Mac’s adventures are grand and full of delight.  The shows are great for kids and adults alike, since they often reference other cartoons, pop culture, and animation, like Masters of the Universe, Monty Python, Super Mario, The Hitchhiker’s Guide to the Galaxy, and even an 80’s Flash Gordon Queen styled song in the episode, “The Bloo Superdude and the Great Creator of Everything’s Awesome Ceremony of Fun” (2009).  I highly recommend catching past episodes and especially the final five airing Sunday, May 3rd, 2009, culminating with the final episode, “Goodbye to Bloo.”  Farewell Foster’s.  My imaginary friends and I will watch the re-runs and think of you often.