Here is my latest illustration.  It originally started out, when I saw a box with an “x” on it.  I’m not much of a video game player, but it did make me think of an Xbox and how disappointed a gamer would be if they received a box with an “x” on it rather than an Xbox.  The original drawing(below) was meant to be sad, but I ultimately choose to create a happy ending.  Instead of a case of mistaken boxes, the young man is making the free association of his beloved gaming console. 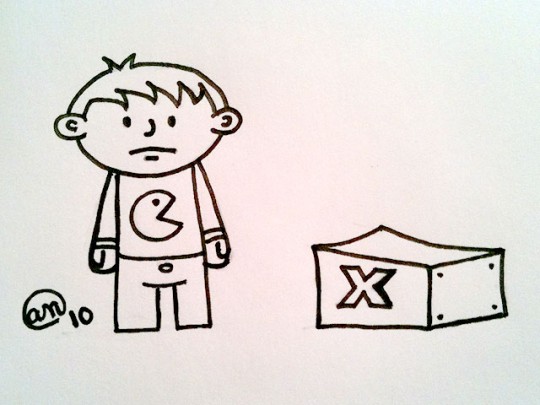